The world feels different around me . . . because it feels. It smells, tastes, sounds, looks – intricate, rich, complete, brimming with life. There are pockets of life bubbling everywhere. In the bush, the bee, the clouds, the ever changing breeze as it hangs, heavy and soft around my face. Looking up, the wind ruffles a tree and smooths the clouds along an unseen conveyor belt.

Leaving the familiar atmosphere of home and traveling across the ocean to a globalized, yet foreign continent, changed my perceptions in a good way. Having practiced for 8 years now, how to let go and go with the flow of life, this trip was ripe for expansion of experience and by extension, of me.

Being in a place where, number one: you have no history, and number two: no habitual responsibilities, left many subconscious bracing patterns back at home. Free from old constraints for a little over two weeks, more natural and spontaneous habits began to emerge.

My muscles were more relaxed. I was less tense in general and joined up with a friendly, social and absolutely delightful French family, who meshed with our family like long lost friends, it was impossible not to enjoy our time in France.

The first perceptual change I noticed, was that my vision was embracing a bigger picture. 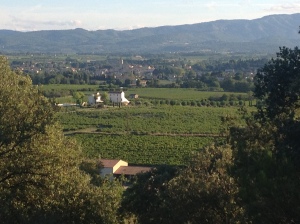 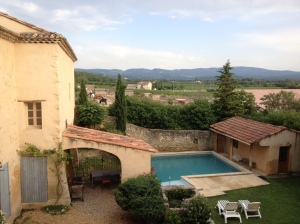 Instead of absorbing individual olive trees, I was inhaling an entire visual field – the olive tree was a grove, which banked a rise, running into stately rows of grapes, halting at a typical French farm, framed by the lovely Mont Luberon, complete with sun rays and a thunder of cicadas – a hint of lavender entering my nostrils and nesting in my eyes, enriching the scene even further.

Without being overwhelmed, there seemed no end to how much sensory information I could take in. It was the same with the people. Whether they were a cafe crowd, tourists, or locals on the Metro. I took in the whole of them. I wasn’t looking fearfully for pickpockets or terrorists. Taking in the whole picture, relaxed yet alert, the odd drunk Frenchman quickly stood out – and I simply laughed.

In addition to the bigger picture, the experience of driving in France blew away my tendency to hesitate. 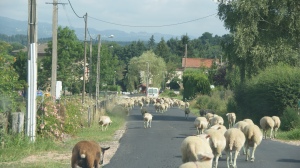 My perception of speed and spontaneity changed drastically. Navigating a countryside of spoked roads with multiple exits to the same town, all the while sensing blind corners hiding pockets of cyclists (enthusiastic to retrace the route of the recently completed Tour de France) required a level of spontaneity that bordered on an F1 car race. John was our outstanding driver, having been graciously lent our French family’s stick shift mini van. As the navigator, I quickly learned how to get us unlost after “Lizzie”, our lovely British GPS had us leave a roundabout at the 5th, not the 6th exit.

We quickly became pros at making U-turns; merging onto packed roundabouts; properly stopping at traffic lights placed well back of intersections; driving the correct speed without marked speed limits, and locating open boulangeries for our daily baguette picnic. Each day, as we piled into the van – all five of us including our lovely exchange student – John would engage the clutch and I would sing a rendition of Willie Nelson’s “on the road again”. It was always an exiting adventure.

The third change in perception was simply an appreciation for the pure, natural tastes, sites and smells that the French countryside provided. 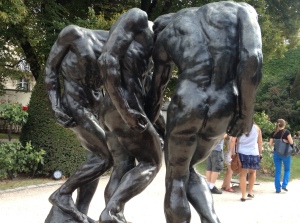 We have plenty of beautiful countryside in Canada to enjoy. It just looks, smells and tastes different. I enjoyed engaging my senses in the new smells of lavender fields, pillows infused with the zest of grapefruit, buttery olives with herbes de Provence, moist baguettes, honey-flavoured melons, unlimited varieties of cheese and saucissons; an appreciation for a cool, crisp Rose instead of a heavier Cotes de Rhone, and an afternoon Ricard’s pastis. 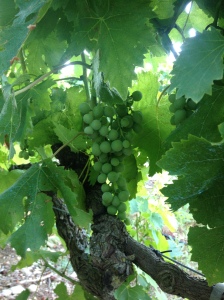 Returning to Canada and home, my perception remained expanded and I began to see Ontario and Canada through a traveler’s eyes. We have a shorter history than the French. They know who they are. They know how they’ve evolved to the present time.

To them, believe it or not, we seem exotic. We are from the great white north. We are from a country that is so big, it appears as a wilderness in comparison. We have no traditional Canadian meals. We don’t have a lot of traditions native to our short history. We are seen as easy going, robust and always ready for a party. When I was explaining this perception to my sister Heather, she summed it up perfectly. Recently, she heard a group of Americans cheering. The sound was patriotic and assertive. You can hear them shouting “USA! USA! USA!” [fists pumping]. When the Canadians cheered, she heard “woohoo!” [translated: let’s party!] We are still young as a country and young at heart. I hope that never changes. The French, as far as I can tell, are not the group cheering type. Again, they know who they are. They don’t have to. They love to laugh and sing and joke around. They are also very passionate and open. They are wonderful to be around. I love them! And I love Canadian’s! And I love American’s! My world has expanded and it is more beautiful for the expansion. 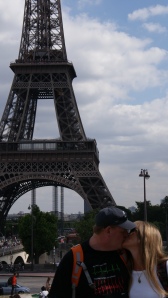 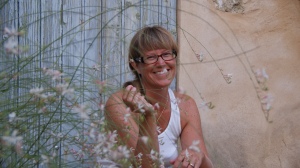 We cannot wait to introduce our French family to Canada when we next get together. We miss them already.